We offer access to serviced offices by Liverpool Street, one of the most popular and connected places in London. With Liverpool Street station currently serving Essex and East Anglia, along with the underground network across the city, it’s also one of the most well linked parts of the capital. This is only set to continue as it will also be part of the Crossrail network opening in 2018. 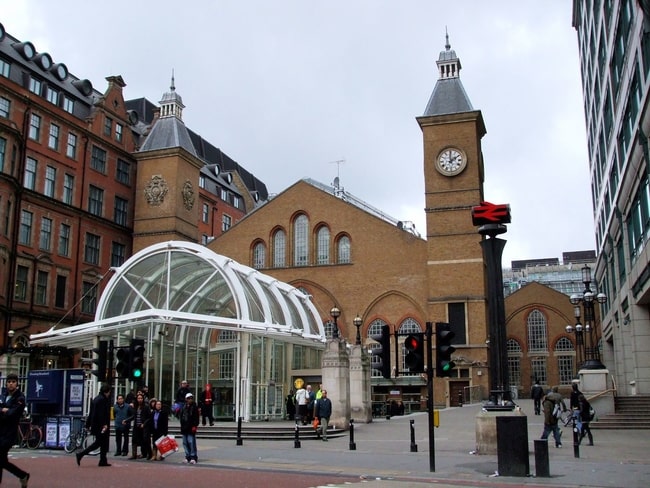 After the completion of Crossrail, Canary Wharf will be a six minute journey and Paddington a ten minute journey from Liverpool Street, making it a prime location for any business, as well as those heading to nearby Shoreditch.

Easy Offices lists 28 serviced offices in the area, with offices in The Gherkin and Tower 42. But it isn’t just famous landmarks that make Liverpool Street such an interesting place to work. Here are three more:

Located a six minute walk from Liverpool Street station, in Spitalfields, is Dennis Severs’ House. If you’re looking to take in an artistic sight on a break from the office, this is the place to go.

Dennis Severs’ house is an art installation remembering the French protestants (Huguenots), who settled in Britain in the late 17th and 18th century due to religious persecution in France.

With 10 rooms lit and fashioned like still life paintings from the 18th to the 20th century, you follow in the footsteps of a family of Huguenot silk weavers.

While the design itself is a historical imagining of a silk weaver’s life, it captures both Severs’ artistic sensibilities and acts as a time capsule for his time. It has been described as a historical novel, stepping back in time to take an Ă˘â‚¬Âold look’ at work and family life.

If you’ve been to Liverpool Street, you’ve probably spotted the statue of small children carrying cases. The striking monument is a historical statue and memorial to the Kindertransport scheme.

It commemorates Sir Nicholas Winton, a stockbroker, and multiple others, who joined him in his humanitarian efforts helped to save the lives of thousands of Jewish children at the start of the Second World War.

Children from Austria, Czechoslovakia and Germany were brought to live in the UK. The majority of children never saw their parents again and were often the only survivors of the Holocaust in their family.

While Liverpool Street Station advances its connections, it also looks back at the importance those transport links are and were to the people of Europe.

The London skyline at Duck and Waffle

Reach new heights with Duck and Waffle, one of the best places to eat in the City. With over 1,300 excellent reviews on TripAdvisor alone, dining in this fine establishment is a must for those with serviced offices by Liverpool Street.

Whether you are an early bird and prefer to eat breakfast out or whether you like to burn the midnight oil, Duck and Waffle is open 24 hours so you can watch the sunrise or sunset on any day.

At forty floors up, you can observe the London skyline at any time of day or night, while enjoying a fusion of British and European cuisine or relax with a cocktail inspired by urban foraging and urban decay. Sunset and sunrise are the most popular times so book far in advance to grab these prime views and find on to what everyone is waffling on about at Duck and Waffle.