Back in 2016, Microsoft made the headlines, not because of some new product release, but because the company chose to house 30% of its New York employees inside the WeWork offices. They also offered additional employees in Atlanta, Portland and Philadelphia the opportunity to work out of coworking offices, should they choose to.

Coworking, as a global trend, has been growing rapidly in the past decade, but until recent years was mainly geared towards freelancers, entrepreneurs, and digital nomads. According to research done by GCUC, and released in 2017, the average annual growth rate of coworking spaces around the world has been 16.1%, since 2007.

While there were only 14 spaces to be found in 2007, GCUC is predicting that by 2020 there will be 30,432 around the globe, with over 5 million members. And if we look at the makeup of those members, while 41% are still freelancers, and 36% are employees, employers account for 16% of coworking spaces’ members and have increased from previous years (according to the Global Coworking Survey conducted in 2017).

All of this basically means that more businesses are abandoning the old-fashioned way of getting office space, and are looking for more flexible, scalable options. Coworking spaces offer businesses of all sizes a new way of operating, which allows them to grow faster and easier than ever. This is why they do it.

Increase your space as you go

First and foremost, coworking spaces offer startups and business the opportunity to physically grow their office, with ease and flexibility. When hiring a traditional office space, one of the basic questions the estate agent will ask you is the size of the office you are after. But what if your business expands and shrinks rapidly, for example an agency or sales team?

Once you sign a lease, you have committed yourself to that square footage for the next five or even ten years. For that reason, if your business is in its very initial stages, and only has a few employees (like a CEO, CFO and an assistant), a lot of companies will wait a long time before hiring an office space. They will want to save on the money they pay to the estate agent for each move they need to make to expand, and wait until the team is big and stable enough to commit to one office size. This may result in companies working out of the CEO’s home office for many months, and even losing potential clients because they don’t appear professional enough.

Coworking spaces are the perfect solution for businesses that don’t have a clear growth projection but are aiming for the skies. Small teams can start their entrepreneurial journey in the open space with hot desking and rotate them between the employees to save money. They can later decide to book permanent desks if the workload increases.

When a team becomes substantial enough, it can move into cubicles, their own office, their own floor, or as IBM did, even their own building. Inside the offices, desks, computers and chairs can be added easily, to accommodate new team members. The possibilities are endless, and all can be done in the heart of a capital city, which would typically be out of reach of a business that is still very much in its infancy.

Keeping costs under control as you grow

According to a recent report from Colliers International, choosing a coworking space over the traditional office lease offers corporations an average saving of 25%. While traditional leasing may include a variety of expenses, such as rent, legal fees, estate agent fees, admin expenses, office expenses, water, electricity, cost of furniture, decor and so on, coworking has a set price.

This explains the discrepancies between the two options. When a company chooses to work from a coworking space, they can decide on the price they are willing to pay from the get-go and know that there won’t be any added charges, unless they choose to pay for extra services.

This means that they can plan their budget very carefully, and rely on that as they scale their business up. Minimising budget is essential across any business, but even more so for startups and small businesses.

Opting for a coworking space also means that these businesses can continue growing, without worrying too much about losing money in the process. A lot of coworking places, in major area like Soho, London, also offer package deals on contracts for larger teams, so you can actually save money as you grow your company.

Logistics made easier for expansion

According to research done by Sage, small businesses are spending an average of 120 working hours a year on administrative tasks. That is a lot of time that could be invested in bringing in new clients, improving your product, hiring new talent, and more. Coworking places are especially helpful when it comes to all of the admin work that has to do with expanding your company and doing so at a fast rate.

For instance, if you have decided to hire a team of new programmers, which will be arriving at the office in three days’ time, space needs to be ready for them. They will need desks, chairs, computers, and maybe cubicle space – all of which should be ordered and set up in advance. They will also need to be provided with access to the building, logins, passwords, maybe name tags and even a printed-out welcome pack.

A coworking place is equipped with a receptionist, a community manager and a team of people, all of which are there to help your company with all of the small details. By facilitating the expansion of the business, they will save you time, money, headache and help scale with minimal disruptions.

Open new branches around the world 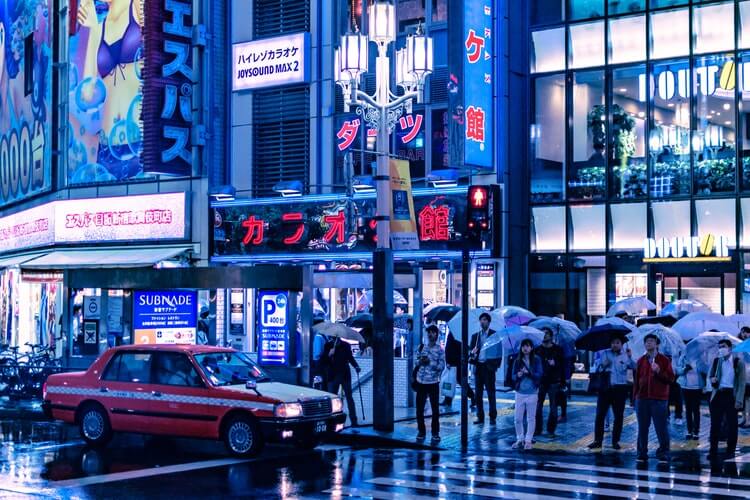 As technology gets better with every passing day, the world becomes a smaller place, and more and more businesses turn to the global market, instead of the local one. A company with headquarters in Paris may discover after a while that a lot of its clients are actually coming from the UK. In that case, a good decision will be to open a small branch in London, to be close to the city’s business centre.

Hiring a few desks in a coworking space will allow that company a chance to do so temporarily, to test the waters and see if that approach actually helps the company grow. It will also provide the employees with a quick solution for a fully equipped office, which can be ready within a minute’s notice. No need for estate agents, weeks of planning and long-term commitments. With coworking, this company can open new offices in locations all over the world, expanding its reach to new markets and new opportunities, faster and easier than ever.

In addition, since most coworking spaces aim to cater to international a clientele, their contracts will be standard, easy to understand and most likely in English, making it much simpler to hire an office in a foreign country, where the real estate laws are bound to be different.

Furthermore, if a company tends to send its employees abroad on a regular basis, works with any remote employees, or hires contractors, they can hire a desk for them anywhere in the world, to grow their team internationally and provide them with better working conditions, improve their productivity, and increase company loyalty.

Network and get new clients right inside your office

Microsoft and IBM chose to move their employees to a coworking space for several reasons, and the shared working space was a major factor. Placing your team alongside teams from other companies opens an array of possibilities.

On the one hand, your team can learn from the other members of the coworking space, brainstorm, and collaborate, thus facilitating faster growth for your company. On the other hand, lunch breaks, tea talks and office banter with other companies can open up the prospect for new clients, investors, mergers and more, also allowing you to scale up much faster, than if you were to close your team up in a secluded office.

Coworking spaces also offer a variety of networking events, lectures, courses and other events. All of which will contribute to your employees’ education and growth, as well as expose your company to new connections and opportunities to expand far faster than you could have imagined.